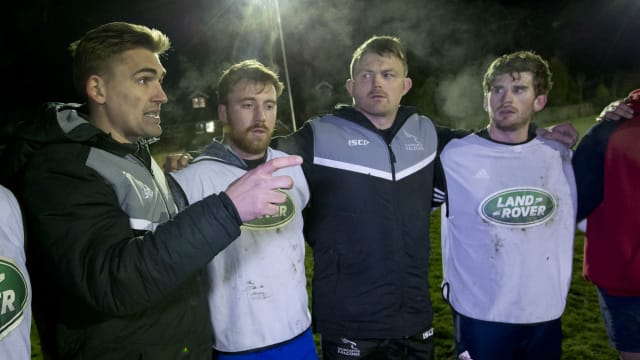 Toby Flood feels the pressure is off Newcastle Falcons in their surprise Premiership title tilt but he knows "the hardest part of the season is now".

The Falcons have been accustomed to relegation battles since returning to the top tier, but are soaring in fourth spot with only five matches to play in the regular season.

A bumper crowd will watch Dean Richards' side play at the home of Newcastle United for the first time in the 'The Big One' against Northampton Saints at St James' Park on Saturday.

And Falcons fly-half Flood said they can benefit from not having to deal with the level of expectation their rivals are saddled with.

The ex-England number 10 told Omnisport: "I think to a point there is pressure off us, but at the same time we are in a situation where we have worked really hard to get into this position and we really want to see where we can get to.

"Because we don't have the weight of expectation like Leicester, Wasps, Saracens and Exeter, the only accountability is for the guys inwardly and the guys we are all trying to play for, so there is probably less pressure on us.

"That is a nice thing as we can play with a smile and see where we get to."

Flood said it is premature to be contemplating a trip to Twickenham for the final on May 27 as the battle for a top-four finish intensifies.

"I think it's a little bit early to be talking about that, but if you said to us at this stage of the season here is 50 points and you are in the top four with five or six games to go, most teams would have bitten your hand off," he added.

"We will have a good swing at it, but it's a case of not getting too overawed and star-struck by where we find ourselves. It's about dealing with the bits and pieces that we can manage and kick on.

"A lot of the hard work has been done getting yourself to a point where you are in there to challenge, but ultimately the hardest part of the season is now and how you manage yourselves in those big games."