Trout, Angels brass confident Shohei Ohtani will be a star 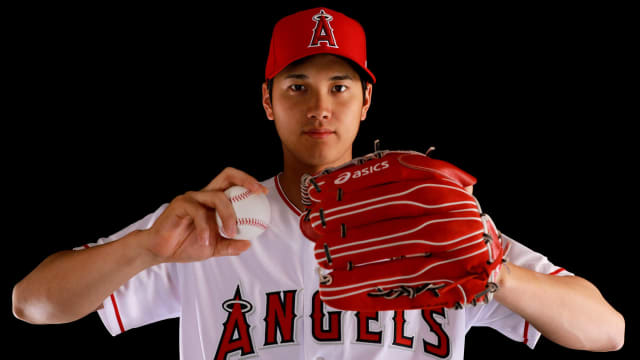 The doubters are out in force for Shohei Ohtani but Mike Trout and his Los Angeles Angels team-mates are confident the Japanese star can perform in MLB.

Ohtani, who is considered favourite by many to win the American League Rookie of the Year, has played far from that level in spring training.

His team-mates and coaches though are far from concerned, and Angels star Trout is excited to see what he can do.

"It's going to be a pretty crazy year for sure," the two-time MVP Trout told USA Today Sports. "He just gives off these great vibes. I know it's going to be tough on him doing both things, but I think he's going to wow us. Really, I think he'll wow everyone."

"I know the results aren't there, and his timing is off, but the kid is super positive. He hasn't lost any of that swag," he said. "Once the lights turn, and the third deck shows up, he should show what he's all about."

Ohtani has severely struggled on the mound. His 27.00 ERA does not even include a rough outing against a Mexican League team, but Angels pitching coach Charles Nagy said he will be okay.

"He's healthy, the ball is coming out of his hand just fine, and he hasn't missed a turn," Nagy said. "Look, I never had the best spring training either. I had my ass handed to me a lot. But I knew I'd be ready when the season starts, just like Shohei will."

Ohtani hit 95-98 mph with his fastball last time out and ran into some bad luck against the Colorado Rockies, so the numbers could take a turn pretty quickly if he gets a break his next time out.

"He's not panicking, not at all," Angels general manager Billy Eppler said. "From a GM or a manager standpoint, that's comforting."