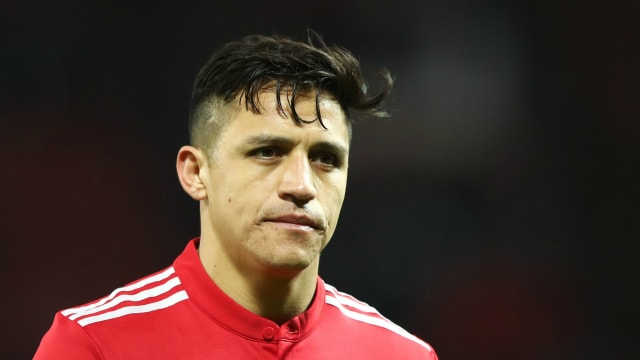 Alexis Sanchez and Paul Pogba have been named among the substitutes for Manchester United's FA Cup quarter-final against Brighton and Hove Albion at Old Trafford on Saturday.

Jose Mourinho suggested in an explosive pre-match media conference that key United players need to "grow up" and the manager has left Pogba and Sanchez on the bench for the tie.

Pogba was also a substitute for Tuesday's shock Champions League defeat at the hands of Sevilla, the France international making little impact when he came off the bench.

Sanchez started that game but has been criticised for a lack of impact since signing from Arsenal in the January transfer window, with a single goal to his name in 10 appearances for the club, and he is a substitute for the first time since moving to Old Trafford.

Mourinho has selected Luke Shaw at left-back, with Ashley Young on the bench, while Sergio Romero starts in place of David de Gea as Mourinho rotates his goalkeepers.

Glenn Murray, who has scored six goals in his last seven appearances for Brighton, has been named on the bench by Chris Hughton.

The team news is in, #MUFC fans! Here's our starting XI for tonight's #FACup quarter-final... pic.twitter.com/eprNt67Hm5

Here's how Albion line-up against @ManUtd in the @EmiratesFACup tonight.#BHAFCpic.twitter.com/JmzMrygGnG