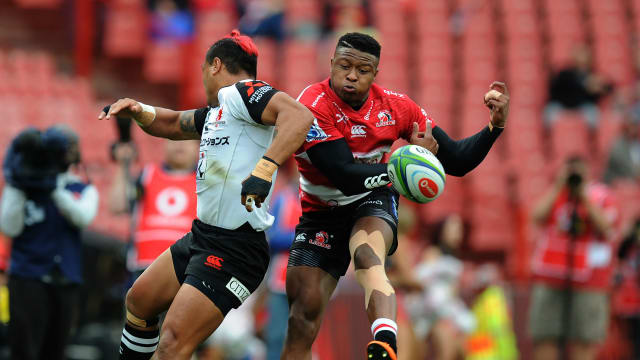 The Lions bounced back from a first Super Rugby defeat of the year with a 40-38 win against the Sunwolves on Saturday, while the Stormers ended a three-match losing run.

Johan Ackermann's Lions had been edged out by three points against the Blues last week, losing for the first time in this campaign, but it was their turn to secure a narrow victory when they faced the struggling Sunwolves.

The South African Conference leaders were matched all the way until the closing stages at Ellis Park Stadium.

But Marx went over a second time shortly afterwards and Rohan Janse van Rensburg's try killed the game, a score from Atsushi Sakate at least rescuing the Sunwolves a second bonus point of the season.

The Lions have a 10-point lead at the top of their conference ahead of the Sharks - winners earlier - and the Stormers, who triumphed as EW Viljoen scored a brace in a much-needed 37-20 victory over the Blues in Cape Town.

Viljoen got his first try just two minutes into a dominant first half, Raymond Rhule and Dewaldt Duvenage also going over as the hosts took a 24-3 lead into the break.

Akira Ioane then crossed for the Blues, but Viljoen's second 10 minutes after the restart made later tries from Michael Collins and Rieko Ioane irrelevant in terms of the result, although the Stormers were denied a bonus.