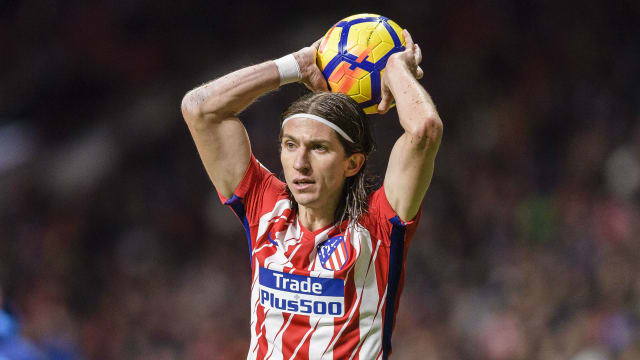 Filipe Luis is in danger of missing the World Cup after suffering a broken leg during Atletico Madrid's Europa League clash with Lokomotiv Moscow.

The Brazil international was substituted after 62 minutes of Thursday's second-leg tie, which Atleti won 5-1 to progress 8-1 on aggregate, after being left writhing in pain following a last-ditch challenge with Lokomotiv forward Eder.

Having been caught by the striker's follow-through, Filipe Luis left the pitch on a stretcher, with coach Diego Simeone expressing his concern for the defender in a post-match interview.

Atleti's fears were realised following checks on their return to Madrid, the LaLiga club confirming the details of the 32-year-old's injury on Friday.

"Filipe Luis underwent radiological tests as soon as he arrived in Madrid, which have confirmed that he suffered a fracture of the fibula of his left leg," a statement read.

The extent of the fracture - and how long Filipe Luis will be sidelined for - remains unclear.