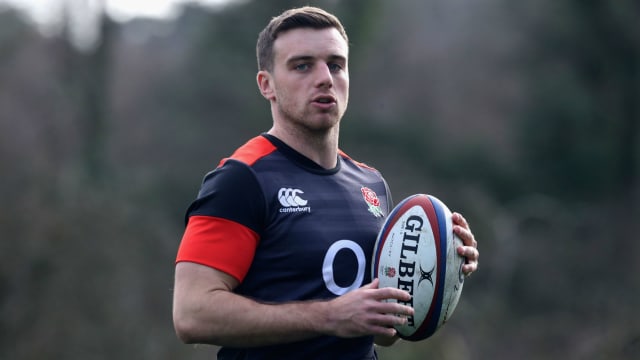 England coach Eddie Jones has dropped George Ford and Danny Care for his side's final Six Nations match against Ireland, while Dylan Hartley returns from injury to captain the side.

After successive away defeats at the hands of Scotland and France, Jones has made seven changes to his starting XV as he seeks to prevent Ireland from completing a Grand Slam at Twickenham.

Nathan Hughes and Courtney Lawes were already guaranteed to miss out after suffering season-ending knee injuries, but Ford, Care, Dan Cole and Joe Launchbury have all been relegated to the bench and hooker Jamie George will also be a replacement after Hartley was passed fit. The latter and Elliot Daly have each overcome injury scares to be selected.

The benching of Ford means Owen Farrell, who deputised as skipper last week in Hartley's absence, will switch from inside centre to fly-half, while Saracens team-mate Richard Wigglesworth earns a first start under Jones at scrum-half. Ben Te'o moves from 13 to 12 and Jonathan Joseph is back at outside centre.

Kyle Sinckler and George Kruis earn recalls to the pack, with James Haskell and Sam Simmonds also coming in to replace Hughes and Lawes. Exeter Chiefs back-row Don Armand is in line to make his Six Nations bow off the bench.

Explaining his selection in a news conference, Jones said: "We need to get on the front foot against Ireland and we've selected a team to do that."

#ENGvIRE | Your England team to face @IrishRugby at Twickenham on Saturday