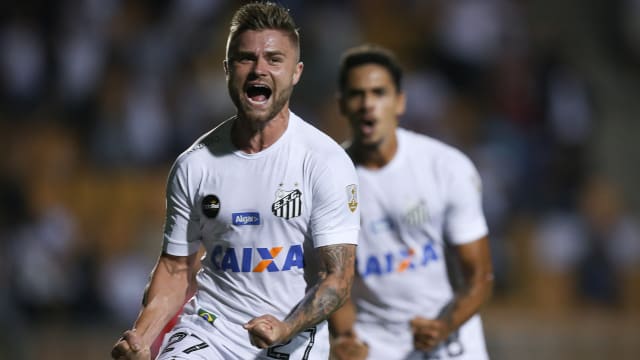 Santos claimed an important win in the Copa Libertadores despite Gabriel Barbosa seeing red, while Independiente edged to a victory Thursday.

Eduardo Sasha scored a brace as Santos beat Nacional 3-1 in Sao Paulo in their Group 6 clash.

Sasha made it 1-0 in the 20th minute when the forward headed in a Jean Mota set-piece, although goalkeeper Esteban Conde should have done better.

Gabriel, on loan at Santos from Serie A giants Inter, was sent off just before half-time after picking up his second yellow card for a late challenge.

Despite being down to 10 men, Santos doubled their lead in the 48th minute through Rodrygo.

Arthur Gomes had a spot-kick saved for the hosts, who were punished for that miss when Christian Oliva struck for Nacional.

But Sasha sealed Santos' win with a finish in a one-on-one as the Brazilian side moved onto three points in Group 6.

The Strongest opened their Group 3 campaign with a 1-0 win at home to Penarol.