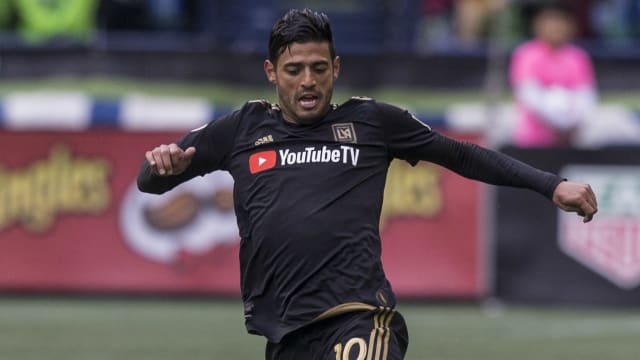 And LAFC continued where they left off Saturday, crushing hosts RSL thanks to Diego Rossi's brace and three assists, and a goal from Mexico international Carlos Vela.

Joao Plata put RSL ahead in the 20th minute despite having his penalty saved but the lead was brief in a one-sided affair at Rio Tinto Stadium.

All 5 of our goals from today.#RSLvLAFCpic.twitter.com/lx9081mz3u

Benny Feilhaber joined in the fun two minutes after half-time with a routine finish from close range, while 20-year-old team-mate Rossi added a fourth with nine minutes remaining.

Former Real Sociedad forward Vela completed the romp in the 86th minute when he sliced through RSL's defence and poked the ball past Nick Rimando as LAFC made it two wins from two matches.

The Red Bulls were too strong on home soil, easing past winless Portland Timbers 4-0.

After upstaging Tijuana in the opening leg of the CONCACAF Champions League quarter-final tie during the week, the Red Bulls returned home to familiar surroundings and humbled the Timbers in their first MLS match of the season.

Sporting Kansas City scored two goals in three minutes during the closing stages as they came from behind to stun Chicago Fire 4-3.

Gyasi Zardes was at the double for Columbus Crew, who preserved their perfect start to the season by seeing off Montreal Impact 3-2 thanks to the United States international's 90th-minute penalty.