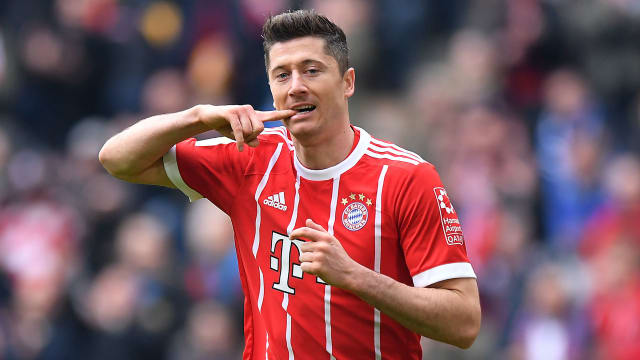 The Polish star scored twice in the first half of Bayern's Bundesliga clash with Hamburg to take his total goal tally to 141 goals in 182 games across all competitions.

Elber enjoyed six goal-laden years at Bayern between 1997 and 2003.

The Brazilian moved to Lyon having scored 139 goals in 265 games for Bayern, making Lewandowski's feat of breaking the record in 83 games fewer all the more impressive.