First wins for Blues and Sharks 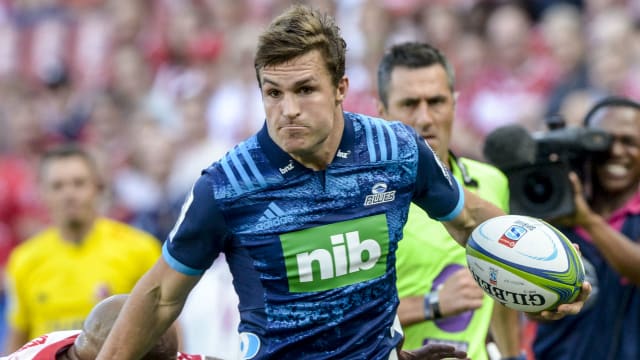 The Blues left it late to grab their first win of Super Rugby 2018, beating the Lions by three points in a dramatic game in Johannesburg, while the Sharks eased to victory over the Sunwolves in Durban.

With five minutes left on the clock at Ellis Park, the Blues were trailing 35-24 after struggling to contain their hosts in a one-sided first half.

But a brilliant team try saw Jimmy Tupou storm over the line and Stephen Perofeta converted to drag the Blues back into contention after 76 minutes.

In a thrilling last-minute of play, the Blues' determined play paid off when Murphy Taramai finished off a superb move and Perofeta again made no mistake to ensure his side clinched a 38-35 win.

There was no such drama at Kings Park, where Makazole Mapimpi scored two of the Sharks' seven tries as they beat the Sunwolves 50-22.

The Sharks led 24-3 at the break following tries from Mapimpi, Armand van der Merwe and Lubabalo Mtembu, and further scores from Jacques Vermeulen, Sibusiso Nkosi and Cameron Wright brought a run of three Sharks defeats to an end in emphatic style.

A great performance by #OurSharks today at Jonsson KINGS PARK, beating @sunwolves 50-22! A great win ahead of tour! #OurSharksForever#SHAvSUNpic.twitter.com/tXnWAXGeUF