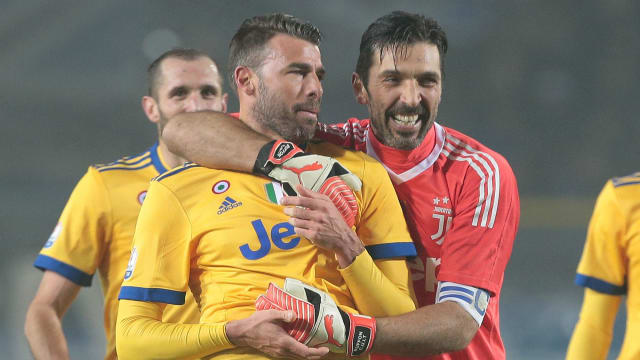 Andrea Barzagli has suggested Napoli's lauded playing style will count for little if they are unable to break Juventus' hold on Serie A.

Veteran defender Barzagli and his Juve team-mates are chasing a seventh consecutive Scudetto this season and have rarely been confronted by a challenge to their dominance as impressive as the one mounted by Maurizio Sarri's side.

Napoli have thrilled with their swashbuckling approach and sit a point above Juve at the summit, having matched the 22 wins recorded by Massimiliano Allegri's men so far.

But a 4-2 defeat to Roma last weekend, combined with Paulo Dybala sealing a last-gasp victory for the Bianconeri over Lazio placed, means Juve are just a point behind Napoli with a game in hand.

Next month's meeting between the sides in Turin could yet prove pivotal and, after another demonstration of their big-game pedigree in Wednesday's Champions League triumph at Tottenham, Barzagli gave Napoli a timely reminder of the pecking order in Italy's top flight.

"We will never play like Napoli and they could not play like us," he told Tuttosport ahead of Juventus entertaining Udinese on Sunday, when Napoli face another tricky assignment at Inter.

"They are different, they have another style. In the end, there is the almanac - you remember who wins beyond how you play. Otherwise, everyone would be like Barcelona or Ajax.

"But we have these characteristics and, as long as we continue to win, I'm fine with it."

Barzagli turns 37 in May but is confident his body will hold up to the rigours of a title race going down to the wire.

"I do not deny that sometimes it weighs on me but the important thing is to be well mentally and physically," he added.

"As long as I continue to train strongly, to do prevention work and keep up with the others, I can still play. When [my level] comes down, you will notice and then it will be time to stop.

"I cannot play 60 games a year, I cannot do that physically, but where there are questions to answer I am here and I think I have shown that."