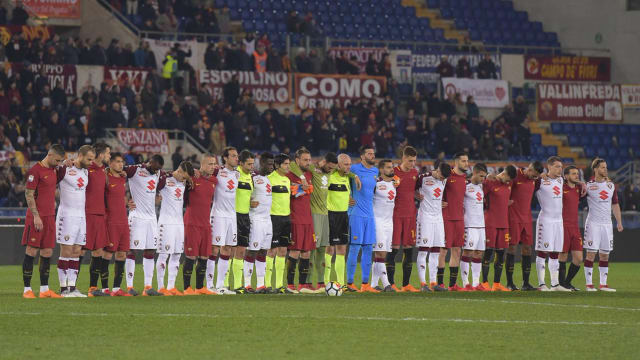 Kostas Manolas powered home a header and paid tribute to Davide Astori during his celebration as Roma beat Torino 3-0 in Serie A.

The atmosphere was understandably subdued at the Stadio Olimpico, where Roma were shorn of attacking edge in the absence of leading scorer Edin Dzeko, who missed out through suspension.

But Manolas came up with a memorable header, thumping home a towering effort after Alessandro Florenzi kept an overhit corner alive and hung up a superb cross to the back-post.

Manolas fell to his knees and pointed to the sky in tribute to Italy international Astori following his goal, which put Roma on track to follow up a 4-2 win over leaders Napoli with another three points.

Captain Daniele De Rossi added a 73rd-minute second by stretching to divert a high ball home, with Lorenzo Pellegrini wrapping up the points in injury-time with a close-range finish.