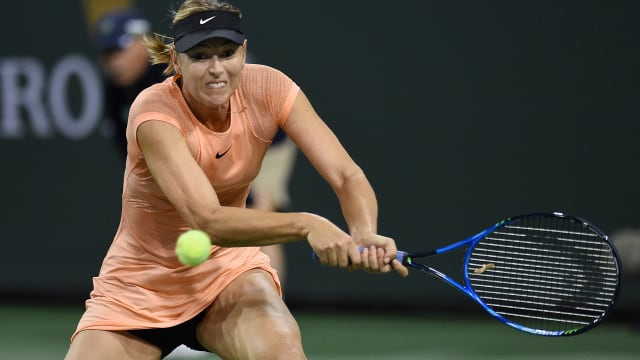 Maria Sharapova slumped to a surprise first-round loss at the Indian Wells Masters, while Eugenie Bouchard also fell on Wednesday.

A two-time champion at Indian Wells, Sharapova's average start to the year continued with a loss to Naomi Osaka.

Osaka, the talented 20-year-old from Japan, managed to break the Sharapova serve at will.

Bouchard also departed in her opener, while Samantha Stosur and Belinda Bencic were among the winners.

Osaka broke serve five times to win 6-4 6-4 in one hour and 35 minutes at the WTA Premier event.

Joining Sharapova in making a first-round exit was Bouchard, the wildcard crashing out against qualifier Sachia Vickery 6-3 6-4.

Bouchard has now lost four of her seven matches this year as the 2014 Wimbledon runner-up saw her struggles continue.