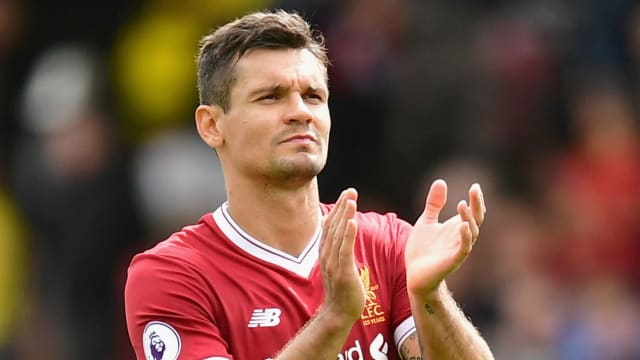 United and Liverpool meet on Saturday in an important clash between second and third in the Premier League.

The rivals have drawn their past four matches, including a dull 0-0 result in October last year in a result which led to criticism of United's style under Jose Mourinho.

Lovren reminded United of their approach earlier this season and he is interested to see whether they do likewise at home.

"It will be a tough challenge definitely. Last time, when they came here, they defend really deep so let's see what happens now," the Croatian told UK newspapers.

He added: "They need the points, definitely. For them it will be maybe a point good but for us, we never play for a point.

"We are there; we will give our best. We will play like we play every day, attacking football. Let's enjoy it."

#TBT to this memorable encounter at Old Trafford... #MUNLIVpic.twitter.com/f6q6saQH07

Lovren was involved in a physical battle with United striker Romelu Lukaku when the teams met earlier in the campaign.

The 28-year-old said he was looking forward to facing the Belgium international again.

"One of the biggest challenge for me is when you have Mo Salah and Sadio Mane at the training ground. Then you know where you are."