I can't imagine an Aubameyang or Dembele case at Bayern - Heynckes 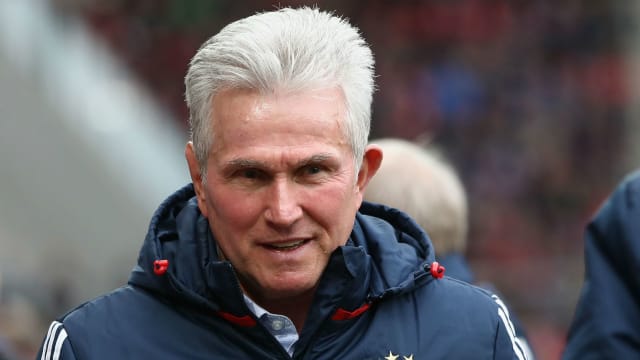 Jupp Heynckes does not believe Robert Lewandowski, or any other player for that matter, will ever try to force their way out of Bayern Munich.

Lewandowski recently teamed up with agent Pini Zahavi - who was involved in Neymar's world-record EUR222million switch from Barcelona to Paris Saint-Germain - leading to speculation over the striker's future at the Allianz Arena.

Yet the Poland international's deal does not expire for another three years and, so far, Bayern have shown little interest in selling their leading scorer.

"Robert turns 30 this summer, he has got a contract until 2021," coach Heynckes told Sport Bild.

"But football is short-lived, unreasonable things are made."

If Lewandowski is desperate to leave, with Real Madrid reportedly interested, he may consider following the example set by a pair of former Borussia Dortmund stars.

Pierre-Emerick Aubameyang and Ousmane Dembele both used player power to seal moves to Arsenal and Barcelona in the last two transfer windows.

However, while their Bundesliga rivals eventually agreed to sell their disgruntled stars, Heynckes insists the same tactic will not work at Bayern.

"Bayern don't do things like that. Bayern is an absolutely top European club, incredibly well-run, with a good atmosphere," added the 72-year-old.

"I can't imagine an Aubameyang or Dembele case at Bayern."

The @EASPORTSFIFA Team of the Week just got #Müllered