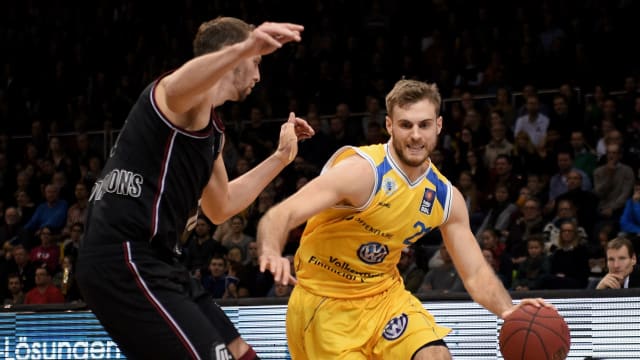 Defending champions Iberostar Tenerife earned themselves a 71-66 first-leg advantage over UCAM Murcia in the last 16 of the Basketball Champions League.

The holders topped Group B en route to the knockout stages but their opponents, who crept in by the skin of their teeth, were no pushovers in their Palacio de Deportes home on Wednesday.

In the first all-Spanish affair in BCL history, Tim Abromaitis top-scored for the visitors with 13 points as Tenerife made it 16 wins from their last 18 in the competition.

Gasper Vidmar, whose 42 offensive rebounds led the way in the group stages, starred again for Banvit, claiming 18 points and five boards to set his side up nicely ahead of the return match next week.

Like Tenerife, Neptunas Klaipeda and Bayreuth will also take a five-point cushion into their second legs. Neptunas overcame SIG Strasbourg 73-68 at home while Medi Bayreuth were 81-76 winners over Besiktas Sompo Japan in Germany.

CEZ Nymburk will start their second leg on home soil against AEK as favourites after their 98-88 success in Athens, while EWE Baskets Oldenburg are left with a mountain to climb following their 88-63 home defeat at the hands of MHP Riesen Ludwigsburg.