Higuain and Dybala start for Juventus at Wembley 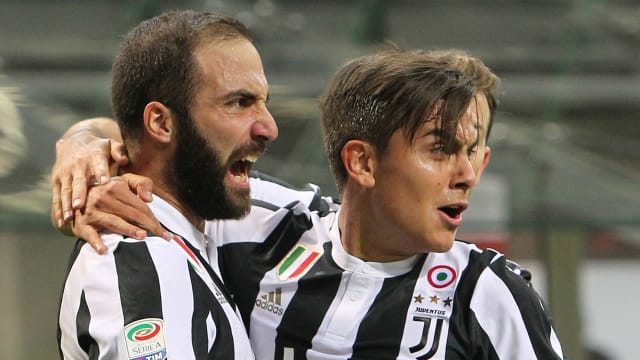 Gonzalo Higuain has been passed fit to start for Juventus in their Champions League clash away to Tottenham.

The Argentina international missed Juve's last two matches with an ankle knock, but returns for the second leg of the last-16 tie at Wembley.

Higuain scored a brace in a 2-2 draw in Turin in the opening leg, the striker missing the chance to hit a hat-trick by thumping a penalty against the crossbar.

Partnering Higuain up front is his compatriot Paulo Dybala, the forward back after missing the first leg with a hamstring injury.

With Serge Aurier suspended, Kieran Trippier starts at right-back for Tottenham and Ben Davies is preferred to Danny Rose on the left, while Mousa Dembele has shaken off a knock to line up in midfield.

As expected, centre-back Toby Alderweireld is not fit enough to be included in the Spurs squad, with Davinson Sanchez partnering Jan Vertonghen in defence.