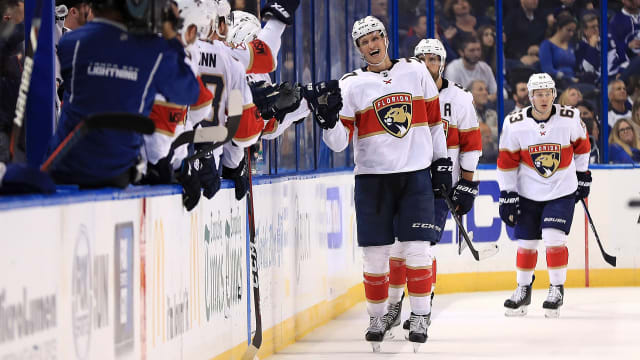 Just three points back of the final wildcard spot in the Eastern Conference, the Florida Panthers need every win they can get and Nick Bjugstad is doing all he can to help.

The 25-year-old center registered his first career hat-trick as the Panthers were locked up with the Tampa Bay Lightning in a highly contested battle on Tuesday.

Bjugstad scored goals in all three periods. All three goals cut the lead to one and kept the Panthers in a game against the team with the best record in the NHL in Tampa Bay.

Florida continue to chase the Columbus Blue Jackets for the final playoff spot in the Eastern Conference. They were 8-2-0 in their last 10 games coming into Tuesday's clash.

There's a comeback brewing for the @FlaPanthers.