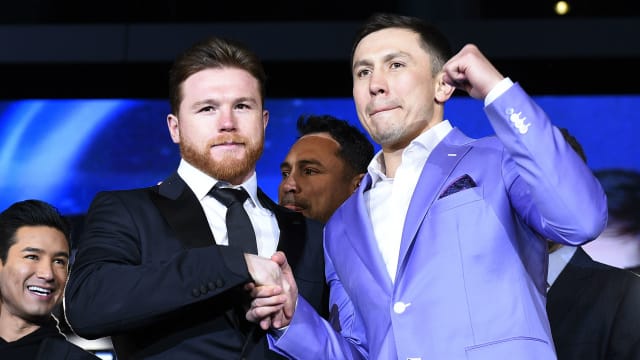 Saul 'Canelo' Alvarez's eagerly awaited rematch with Gennady Golovkin may be in doubt after the Nevada Athletic Commission (NAC) launched an investigation into the Mexican's failed drugs test.

Alvarez returned positive traces of the banned substance clenbuterol in a test taken with the Voluntary Anti-Doping Association (VADA).

A statement released by Golden Boy Promotions on Monday blamed contaminated meat for the finding, adding that Alvarez will move his training camp from Mexico to the United States.

The Las Vegas bout was expected to still go ahead on May 5, with Alvarez vowing to clear his name and "clarify this embarrassing situation".

But when asked by mmafighting.com if the bout will take place, NAC executive director Ben Bennett said: "We have received the adverse analytical finding from VADA regarding Mr. Alvarez.

"As per our standard operational procedures, we are going forward with our investigation.

"At this point in time, I really can't make a determination [as to whether the fight will happen]. The investigation hasn't concluded - it's obviously in its infancy stages."

The first fight between the middleweight rivals, in September 2017, ended in a controversial draw.