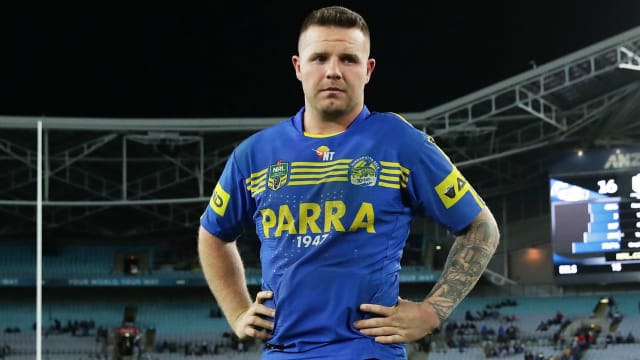 Star forward Nathan Brown has re-signed with Parramatta Eels, the NRL side announced on Wednesday.

Brown's three-year contract extension will see him remain in Parramatta until the end of the 2020 season, though the 25-year-old has the option of a further year.

The news is a boost for the Eels, ahead of Sunday's season opener against Penrith Panthers.

"Nathan has developed into one of our most consistent performers," head coach Brad Arthur said of Brown, who joined the Eels in 2017 and won the club's Player of the Year last season.

"He brings a great deal of power and aggression to the team and I'm looking forward to seeing him continue his great form this season."

Brown - who was selected to represent Italy at the Rugby League World Cup last year - made his NRL debut for Wests Tigers in 2013 before moving to South Sydney Rabbitohs in 2015.