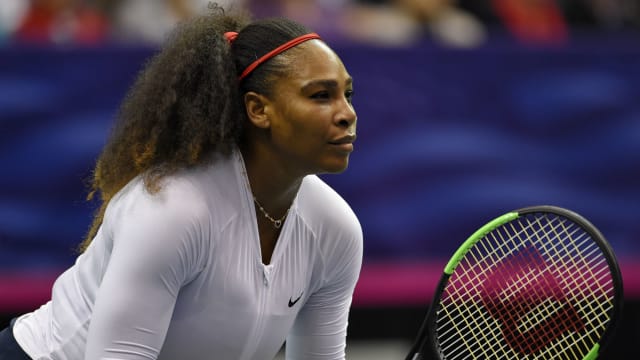 Serena Williams will be a grand slam contender in 2018 despite the fact she is yet to make her competitive return to the WTA Tour, according to Monica Seles.

Williams has not featured on tour since winning the 2017 Australian Open, a tournament the American won while being two months pregnant.

The 36-year-old stepped away from the court after her triumph in Melbourne and welcomed her daughter Alexis Olympia in September.

A comeback in Australia was mooted earlier in 2018 but Williams chose to withdraw from the tournament, though she did feature during the United States' Fed Cup victory over Netherlands.

Indian Wells could see Williams back in a main draw for the first time in over a year as she ups her preparations for the French Open and Wimbledon.

And despite a lack of competitive action, Seles - a nine-time grand slam champion - believes Williams will be in contention for the titles in Paris and London.

"I definitely think Serena will be [in contention to win again], maybe not the first one or two tournaments but by the time the French Open and Wimbledon come around for sure," Seles told Omnisport, speaking courtesy of the Laureus World Sports Awards.

"The way she has played this past couple of years, the focus she has, I think becoming a mum has given her a different perspective on everything but she's always been one of the most amazing and competitive athletes I've ever seen in any sport.

"I think we will see her vying for the grand slam titles, she is one of the players who can play a few tournaments and then win a grand slam - which is a really hard thing to do."

Seles is not the only former player in awe of Williams' remarkable talent, with Martina Navratilova claiming the 23-time grand slam winner is a level above the rest of the WTA roster.

"At her best she's just so much better than everybody else, that gives her a lot of confidence, a lot of calm," said Navratilova.

"And also, the way she plays is very efficient. Big strike tennis, no long rallies. So, she can really save her energy and doesn't expend that much energy.