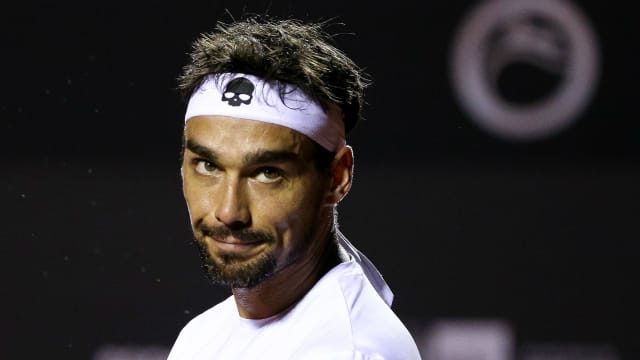 Three-time defending champion Pablo Cuevas' winning run at the Brasil Open was brought to an end by Fabio Fognini, who will meet Nicolas Jarry in the final on Sunday.

Cuevas had won 15 matches in succession in Sao Paulo but was dethroned by Fognini on Saturday, the Italian completing a 6-4 6-2 victory in just 71 minutes.

Knowing he was heading out of the tournament at 5-1 down in the second set, the Uruguayan returned a lob with a half-volleyed tweener that Fognini smashed beyond him.

Jarry was unable to take things easy as he fought back from a set down for the third time this week to earn his place in a first final on the ATP World Tour.

He overcame Horacio Zeballos 6-7 (5-7) 6-4 6-4 and will aim to become the first Chilean to win an ATP title since Fernando Gonzalez triumphed in Vina del Mar in 2009.

When you only have a few games left to wear the