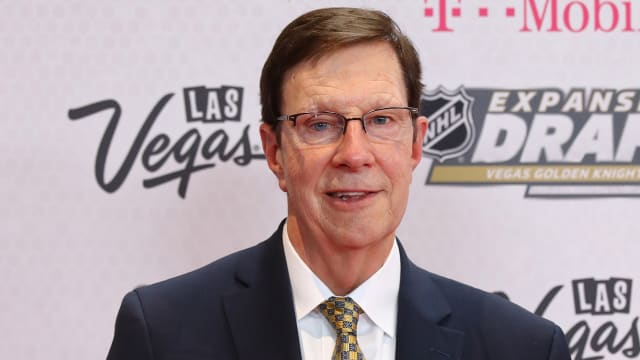 David Poile set the record for most wins in the NHL by a general manager on Thursday.

With the Nashville Predators' 4-2 win over the Edmonton Oilers, Poile now has 1,320 victories as a GM.

Initially it looked like Poile would have to wait another day for the victory as the Oilers shot out to a 2-0 in the first period, but thanks to two goals from Viktor Arvidsson and a goal apiece from Austin Watson and Scott Hartnell, the Predators were able to register a comeback win.

Poile, 68, passed long-time New York Rangers GM Glen Sather for the most wins as a GM, doing so against Sather's first NHL team in the Oilers.

Poile initially started as a GM for the Capitals where his team won 594 games in his 15 seasons with the team.

He then took over as the GM for the expansion Predators and built the franchise into winners, including a Stanley Cup berth in 2017.

If Nashville (40-14-9) can make the playoffs again this year, it will be the 25th time Poile's teams have reached the postseason.