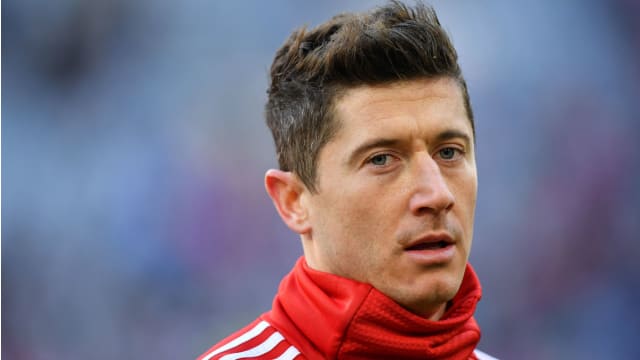 Robert Lewandowski has been urged to focus on Bayern Munich by coach Jupp Heynckes amid reports of a move to Real Madrid at the end of the season.

Lewandowski's future at Bayern has been the focus of speculation in recent weeks after he appointed Pini Zahavi as his new representative.

Zahavi's reported involvement in brokering Neymar's world-record move from Barcelona to Paris Saint-Germain last year added fuel to the reports that the Poland international wants to leave the Allianz Arena.

Madrid have been heavily linked with the striker after a disappointing LaLiga campaign in which Karim Benzema has only managed four league goals in 20 appearances.

However, with Bayern looking to win a domestic and European treble this season, Heynckes is keen for the 29-year-old's head not to be turned.

"Lewandowski would be well advised to focus on Bayern," Heynckes said of the forward who has 20 Bundesliga goals this season.

"He is internationally one of the best players in his position. Bayern Munich is something very special at European level.

"I do not know if that [a move to Madrid] is speculation or dreams. I have no information about that.

"If I were a player, I would always decide for Bayern. Bayern is the summit."