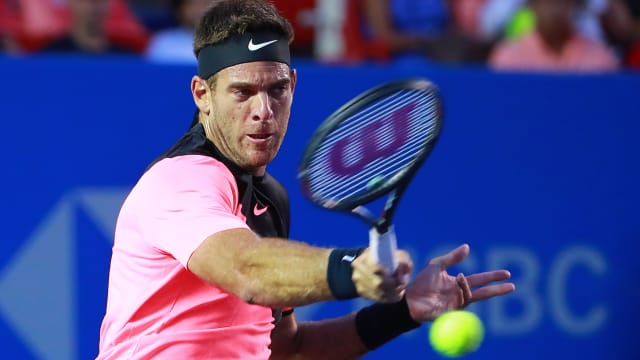 Del Potro made it four wins in as many meetings with Thiem thanks to a 6-2 7-6 (9-7) victory in their quarter-final in Acapulco on Thursday.

The Argentinian managed to break serve three times against Thiem, the third seed and 2016 champion.

Del Potro gave up a break lead in the second set, but he edged through a tie-break after saving three set points.

Awaiting him in the last four is Zverev, the second seed untroubled in a 6-4 6-1 win over Ryan Harrison.

The German second seed needed just 67 minutes to progress as Harrison failed to take his chances, unable to convert any of his four break points.

On the other side of the draw, Kevin Anderson and Jared Donaldson will meet in a semi-final.

At the Brasil Open in Sao Paulo, last year's runner-up Albert Ramos-Vinolas moved into the quarter-finals, but two seeds fell.