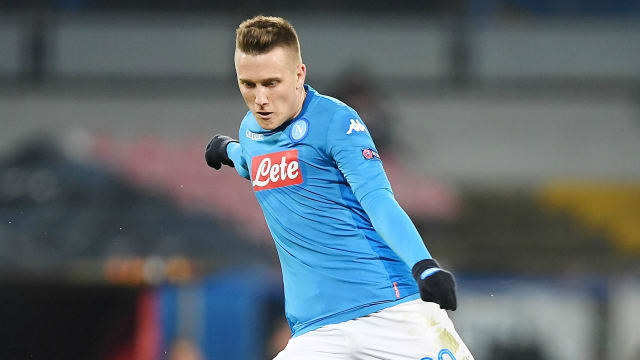 Piotr Zielinski has shrugged off comparisons with Kevin De Bruyne and claims his role model is Napoli captain and team-mate Marek Hamsik.

While Zielinski has helped Napoli to build a four-point lead over Juventus at the top of the Serie A table, the midfielder is not getting carried away with such lofty praise.

"I thank him for that but I know I have to improve a lot if I want to fulfil my potential," Zielinski told Radio Kiss Kiss.

"Still, it's an honour to be compared to a player like him - he's been one of the best around for years.

"Having said that, my role model is much closer to home and goes by the name of Marek Hamsik. I'd like to become as good as he is one day."

Hamsik is the record goalscorer in Napoli history, having eclipsed Diego Maradona earlier this season, with the Slovakia international now on 99 Serie A strikes for the club.

The skipper has been inspirational for Napoli, who are chasing a first Scudetto since 1990, with Sarri's men having won 10 straight league games ahead of hosting Roma on Saturday.

"It's the dream of an entire city, of the fans, the players - everyone," Zielinski added.

"Right now though we need to focus on Saturday. We have to try and play every game the way we know how and try to win them all.

"If we keep playing the way we are at the moment, anything is possible. We have 12 finals to play and we'll give it everything we've got."