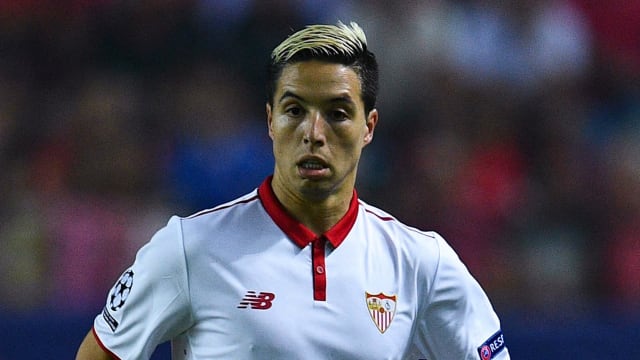 Samir Nasri has been given a six-month ban from football by UEFA for violating anti-doping regulations.

The 30-year-old received a drip treatment at a Los Angeles clinic in 2016, which UEFA says contravened rules laid down by the World Anti-Doping Agency (WADA).

Nasri has been suspended following a meeting by UEFA's Control, Ethics and Disciplinary Body. He has the right to appeal.

"The player Samir Nasri has been found guilty for using a prohibited method in accordance with sub-section M2, par. 2 of the WADA Prohibited List," UEFA said in a statement.

"In this context, the CEDB has decided to suspend Samir Nasri for six (6) months for violation of the World Anti-doping Code and the UEFA Anti-doping Regulations.

"This decision was taken on February 22 and is open to appeal."

The former Manchester City star was pictured in a tweet posted by Drip Doctors in December 2016, in which they said he was being treated with "a concierge Immunity IV drip to keep him hydrated and in top health during his busy soccer season with Sevilla".

Nasri, who was on loan at Sevilla from City at the time, asked that UEFA grant him a backdated therapeutic use exemption (TUE) that would have seen him escape any punishment for the treatment. UEFA rejected his request and the Court of Arbitration for Sport (CAS) upheld the decision in December last year, after Nasri appealed.

The midfielder is without a club, having terminated his contract with Antalyaspor by mutual consent on January 31.