Visser, Scott and Nel among six recalled by Scotland 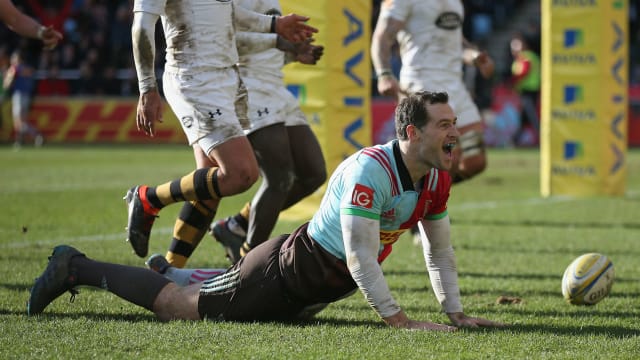 Tim Visser, Matt Scott and the fit-again WP Nel are among six additions to the Scotland squad for their Six Nations match against England next weekend.

Harlequins wing Visser and Gloucester centre Scott have each earned recalls and are in contention to represent their country for the first time since June 2017, while Nel's inclusion comes after the Edinburgh prop proved his fitness after a spell on the sidelines with a broken arm.

Duncan Taylor (head) and Richie Gray (calf) are unavailable, while Magnus Bradbury, Nathan Fowles, Murray McCallum and D'Arcy Rae have been left out.

BREAKING | Scotland add six to NatWest 6 Nations squad ahead of this Saturday's Round 3 Test against England at BT Murrayfield (kick-off 4.45pm) - live on BBC #AsOne

Scotland, who were thumped by Wales in their opening match but bounced back with a home victory over France, face England at Murrayfield next Saturday.

Eddie Jones' side will be looking to remain on course for a third successive Six Nations title and a second Grand Slam in three years.