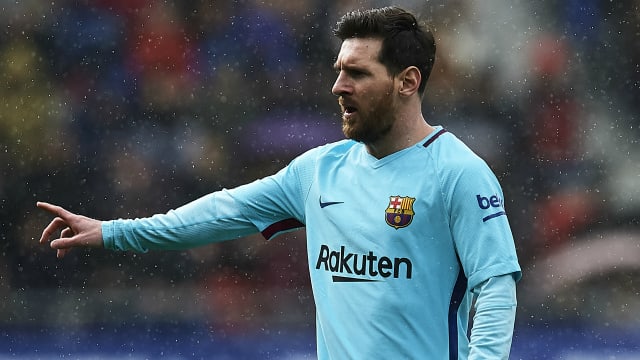 Antonio Conte acknowledged Chelsea must produce the "perfect game" to get the better of Spanish giants Barcelona in their Champions League last-16 tie.

It has been a difficult season for Conte and Chelsea amid uncertainty over the Italian's future following back-to-back defeats in the league, though the Londoners have responded with wins over West Brom and Hull City.

"On one hand you know this team are one of the best in the world - maybe they are favourites to win this competition," Conte said. "On the other hand we must be excited because we have a great opportunity to play a massive game against a really strong team and to show which is our level.

"For sure we are talking about one of the best teams in the world. We have to try to, I repeat, have the perfect game, the perfect game to try to make the best decisions. For this type of team, because this is a different opponent, they have fantastic characteristics with the ball. But they can have weaknesses without the ball and we have to try and exploit this."

Five-time Ballon d'Or winner Messi has led the way this season with a LaLiga-high 20 goals for Barcelona.

But Conte believes it would be dangerous for Chelsea to focus solely on stopping Messi, who has never scored against the Blues.

"I hope to continue this tradition [Of Messi not scoring against Chelsea] but I repeat we are talking about a fantastic player and we must have great respect," Conte added. "But at the same time we must try to be excited to play this type of game and this challenge.

"We are talking about one of the best players in the world but, for sure, we have to work together, work with the team and not only with one player to try and stop him. Because I think that when we feel this type of challenge to man-mark [a player], Messi can become very dangerous."