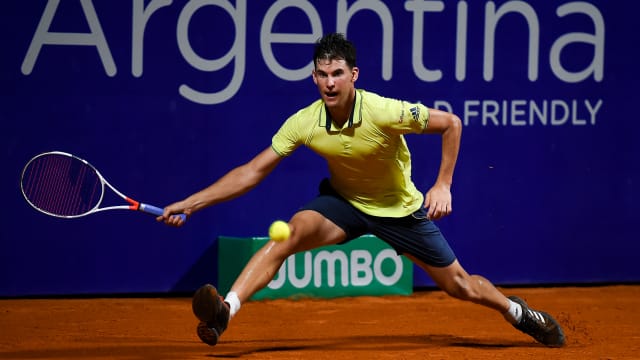 Top seed Dominic Thiem will go head-to-head with entertaining Frenchman Gael Monfils in the semi-finals of the Argentina Open.

Thiem earned his second final-four appearance of the season after defeating home favourite Guido Pella in straight sets on Friday.

Pella saved five set points prior to the opening-set tie-break before earning two of his own at 6-4.

This is going to be a  semi-final!@ThiemDomi sets a blockbuster clash against @Gael_Monfils@ArgentinaOpen

However, Thiem was too strong as he set up a mouth-watering showdown with Monfils.

The 31-year-old, who lost in the second round of the Australian Open after struggling in sweltering conditions against Novak Djokovic, saved three of five break points to prevail in his quarter-final clash.