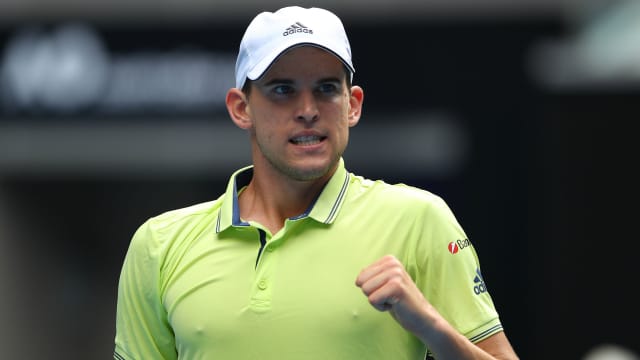 Former Argentina Open champion Dominic Thiem powered into the quarter-finals, while Diego Schwartzman reached the last eight of his home tournament for the first time.

Top seed Thiem won the ATP 250 event in 2016 and the Austrian is on track to repeat that feat following Wednesday's 6-4 6-3 victory over local Horacio Zeballos on the Buenos Aires clay courts.

It was far from a perfect performance, with Thiem only converting three of 10 break-point opportunities, but the eight-time champion on the ATP World Tour closed out proceedings in just 90 minutes.

Next up for Thiem - who has won six titles on clay - is another Argentinean, this time Guido Pella.

Dominic Thiem on clay is kind of like a  among ... right at .

Awaiting Bedene in the quarters is Schwartzman, who rallied past Brazilian Thomaz Bellucci 3-6 6-3 6-2.

Seeded fifth and seeking to become the first Argentine player since David Nalbandian in 2008 to win the tournament, Schwartzman broke five times to make the next round.