Halep races into Qatar third round 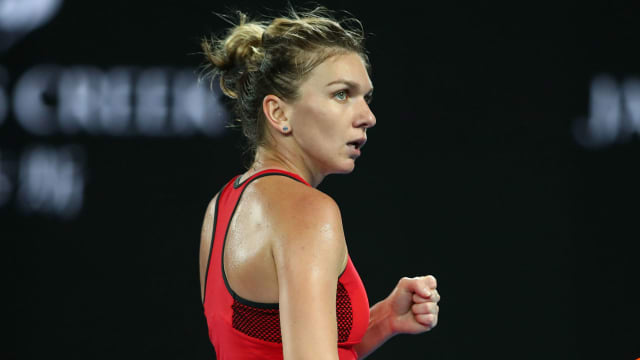 Simona Halep raced into the third round of the Qatar Open with a straight-sets demolition of Ekaterina Makarova on Wednesday.

Halep had insisted that everything had been "beautiful" at the Australian Open despite again missing out on a grand slam title in her defeat to Caroline Wozniacki in the final, having battled ankle and foot injuries to reach that stage.

And the Romanian clearly looked to have shrugged off any lingering disappointment in her first match since that loss as she produced a performance worthy of admiration in Doha.

The second seed needed just an hour and 11 minutes to complete an emphatic 6-3 6-0 victory, setting up a third-round encounter with 13th seed Anastasija Sevastova.

Halep was ruthless in punishing a withering performance on serve from Makarova, who won just 46 per cent of her first-serve points, as the world number two surged into a 5-1 lead.

Makarova delayed the inevitable by taking two successive games but the first set was wrapped up when the Russian sent a lifeless backhand into the net.

It quickly became apparent Makarova was no match for Halep in an utterly dominant second set.

Deadly accurate down the tramlines and cross-court on both the forehand and backhand side, Halep pulled Makarova from pillar to post and the bagel was completed with a backhand well wide of the court that served as a metaphorical white flag.

Asked about her fitness afterwards, Halep said: "I felt really well on court, I felt a little bit of pain but I just enjoyed the match too much.