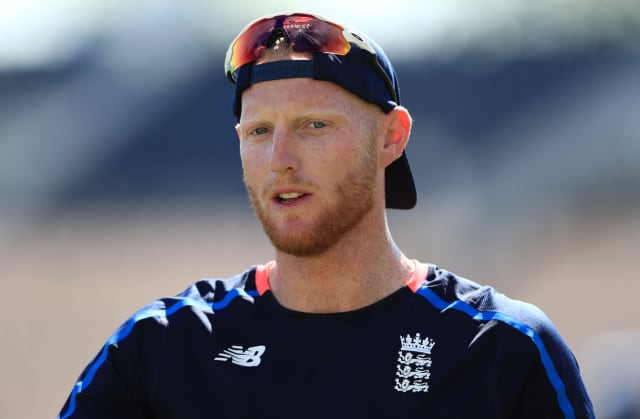 England cricketer Ben Stokes will appear in court for the first time after being charged with affray following an incident outside a nightclub.

The 26-year-old Durham all-rounder - who missed the Ashes after being suspended from playing for England - is accused of affray with two other men.

Stokes will appear at Bristol Magistrates' Court alongside Ryan Ali, 28, and Ryan Hale, 26.

It follows a fight in the Clifton Triangle area of Bristol during the early hours of September 25 last year - several hours after England had played a one-day international against the West Indies in the city.

It is alleged a 27-year-old man suffered a fractured eye socket in the incident, at which fellow England cricketer Alex Hales was also present.

In a statement posted on Twitter last month after he was charged, Stokes said he was "keen to have an opportunity to clear my name".

Avon and Somerset Police said no action has been taken against a 27-year-old man who previously voluntarily attended a police station for interview.

The charge of affray is made under the Public Order Act 1986 and effectively relates to fighting in public.

It is a triable either-way offence, which means it can be heard in either the magistrates' court or the Crown Court.

It carries a maximum penalty when tried summarily - in the magistrates' court - of a fine or up to six months in prison, and when tried on indictment - in the Crown Court - of up to three years in prison.

Without Stokes, England lost the Ashes to Australia 4-0.

While England were in Australia, Stokes played a few games for Canterbury Kings during a month-long spell in New Zealand before returning home to England.

Stokes could make his England return in the one-day series against New Zealand which begins on February 25 after being included in a 15-man squad.

He is due to play in the Indian Premier League after being sold for £1.4 million to the Rajasthan Royals.