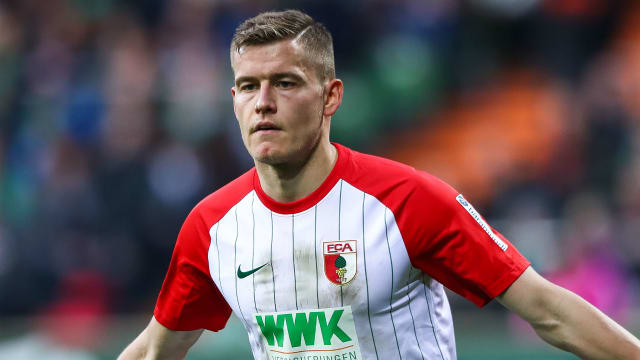 Lewandowski and Aubameyang have battled to be the Bundesliga's highest-scoring player over the past two seasons, with the Pole's 30 goals taking the crown in 2015-16 before his rival went one better with 31 in the previous campaign.

The duo looked set for another race to top the charts this term, with the Bayern striker's 18 giving him a five-goal advantage over Aubameyang, who sealed a EUR63.75million move to Arsenal on transfer deadline day.

Lewandowski admitted he would miss the challenge of trying to outscore the Gabon international, but Iceland striker Finnbogason - the next best Bundesliga marksman on 11 - hopes to ensure the competition endures.

Finnbogason told Omnisport: "It's up to me to not only play one season on this level.

And as he turns 29 today, why not relive some of his best for #FCA pic.twitter.com/LJQ8pwQnET

"Obviously, this is linked to playing in such a great team, which hits a lot of crosses into the box for me and which is generally playing to get the best out of my strengths.

"That makes me happy, but it's nothing more than a bonus for me to be the second-best striker in the Bundesliga right now.

"I would probably have had the chance to be closer to [Lewandowski] if I hadn't got injured, but I'm hoping I will be able to score more important goals this season.

"I think [Lewandowski] has constantly proven over the last years to be one of the five best strikers in the world. Week after week he proves it by showing just how important he is for such a huge club like Bayern Munich, but also on an international level with Poland and in the Champions League.