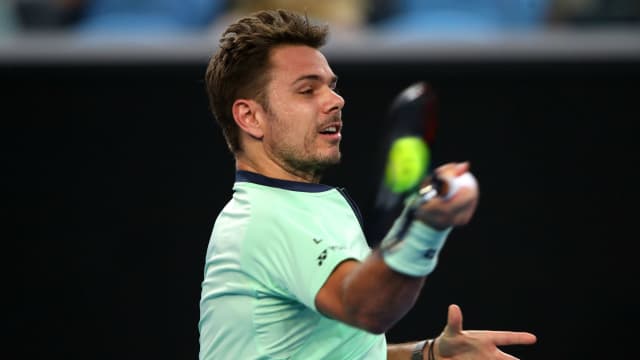 Stan Wawrinka survived a scare on his first outing since the Australian Open to defeat Martin Klizan and reach the quarter-finals of the Sofia Open.

The three-time grand slam champion is still recovering from the knee injury that played a big part in his second-round exit to Tennys Sandgren in Melbourne.

It was not the best start for Wawrinka, but he soon found his groove to secure a 4-6 6-2 6-3 victory over his Slovakian opponent.

Wawrinka fired down 16 aces and dropped just eight of his first-service points as Klizan failed to maintain his first-set standard.

Second seed Lucas Pouille had little trouble in seeing off Carlos Taberner 6-1 6-2, but Jo-Wilfried Tsonga was taken the distance by Nicolas Mahut in a match where each set went to a tie-break.

Benoit Paire added to the French contingent that reached the last eight with a 6-4 7-6 (7-4) triumph over John Millman.

Damir Dzumhur, the fourth seed, defeated Ruben Bemelmans, while Karen Khachanov overcame Ricardas Berankis in straight sets - the second of which came in a mammoth tie-break that the Russian won 13-11.

Wimbledon cancelled due to coronavirus pandemic

The key questions answered as Wimbledon 2020 is cancelled