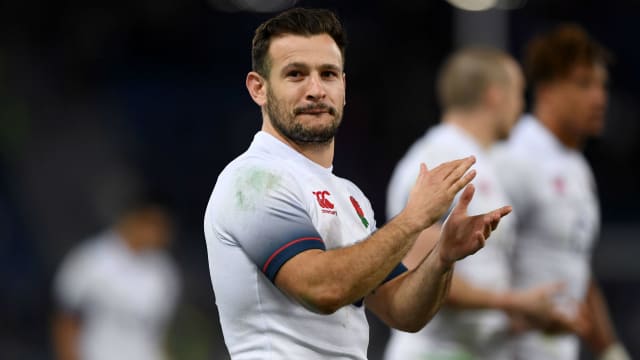 Danny Care will become the most capped scrum-half in England history after being confirmed as Ben Youngs' replacement for Saturday's Six Nations clash with Wales, while Jonathan Joseph replaces Ben Te'o in the only other change to the side that beat Italy.

Youngs has been ruled out for the remainder of the championship after suffering a knee injury in the opening-weekend win in Rome.

The Leicester Tigers star was taken off early in Sunday's encounter, his evident pain souring what proved to be a commanding 46-15 win for England.

Richard Wigglesworth was subsequently added to the squad and is named among the replacements as Care prepares to overtake Matt Dawson with his 78th England appearance.

Te'o, meanwhile, drops to the bench, with Bath man Joseph preferred at outside centre.

BREAKING | Your England team to take on Wales at Twickenham on Saturday in the #NatWest6Nations...

"Danny Care very much deserves the honour of being the most capped England scrum-half and I am sure he'll make the most of his opportunity on Saturday," said head coach Eddie Jones.

"The team is hugely excited about playing in front of 82,000 fans at Twickenham and we'll be well prepared and ready to go out there and beat Wales on Saturday.

"We want to make sure our set-piece is dominant, our defence is ferocious and that we are at our best against Wales this weekend."