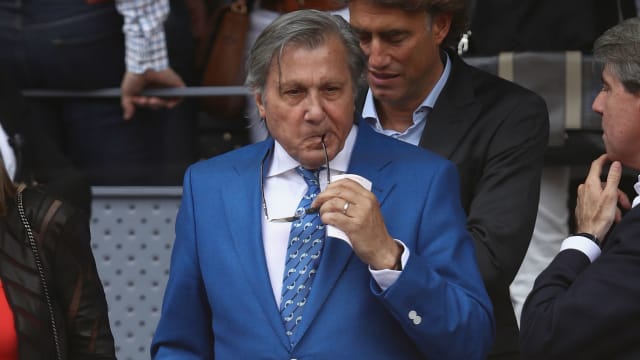 An independent tribunal has reduced Ilie Nastase's suspension by eight months but increased the fine imposed on him by the International Tennis Federation (ITF).

In July 2017, an internal ITF adjudication panel fined Nastase $10,000, banned him from acting in an official capacity for three years and denied him access to competitions and circuits for one year after finding the two-time grand slam singles champion guilty of breaching the ITF's Welfare Policy following his actions during Romania's Fed Cup tie against Great Britain in April last year.

The former world number one, who had been serving as his country's captain, has been fined a further £10,000, but will now be able to access competitions in April.

The 71-year-old, though, who won the US Open in 1972 and the French Open a year later, will still not be able to act in an official capacity again until April 2020.

According to a statement released by the ITF, the independent tribunal found Nastase to have made racially insensitive remarks about the then-unborn child of Serena Williams.

He was also deemed to have made unwelcome advances of a sexual nature towards Britain's captain Anne Keothavong, as well as making abusive and threatening comments to a member of the press.

Finally, Nastase was censured for his conduct during a match between Romania's Sorana Cirstea and Johanna Konta of Britain, during which he was deemed to have made abusive and threatening comments to the match officials and to members of the British team, as well as engaging in unfair conduct, abusing his position of authority and engaging in conduct that "reflected unfavourably on the ITF, the Fed Cup, the players, the officials and the game of tennis."