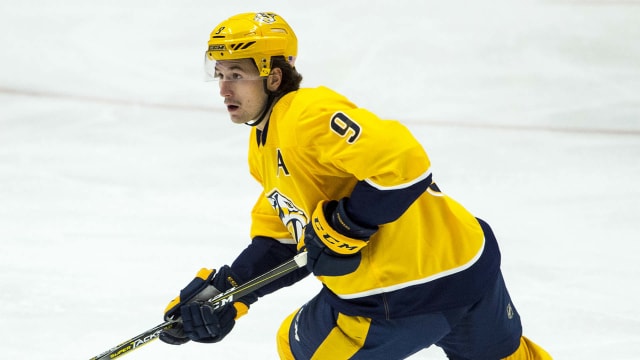 The Nashville Predators will be without Filip Forsberg for the next three games.

Forsberg has been suspended by the NHL for his hit on New York Rangers winger Jimmy Vesey during Saturday's game in Nashville.

Vesey was checked by Forsberg behind the Rangers net during the 5-2 Predators win. The hit caused Vesey to be sandwiched between Forsberg and Nashville center Ryan Johansen and Vesey's head hit the ice.

The NHL said the late hit was "outside of the allowable window" to deliver a check and a violation of the interference rule. Forsberg's hit bloodied Vesey's mouth.

It was the second of two vicious hits in the game after Rangers defenseman Marc Staal was also forced from the game when he was slammed into the boards by Predators defenseman Alexei Emelin.

Rangers defenseman Brady Skjei sought retaliation for the hit on Vesey and dropped gloves with Johansen.