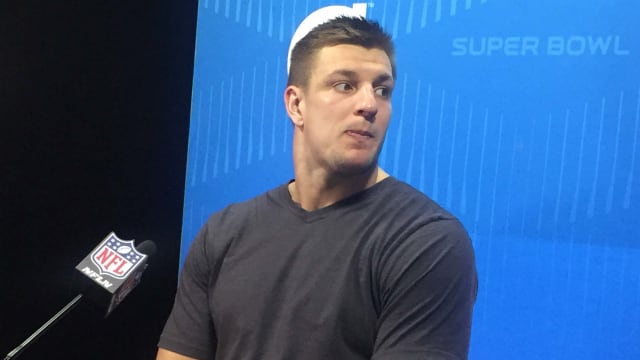 Gronkowski caught nine passes for 116 yards and two touchdowns in Sunday's game, but has battled injuries over his career.

He did not play in last year's Super Bowl win over the Atlanta Falcons because of a back injury and was knocked from this season's AFC championship game against the Jacksonville Jaguars with a concussion.

"I'll sit down in the next couple of weeks and see where I'm at."

"I'm definitely going to look at my future."

What's next for Gronk? #SBLIIpic.twitter.com/pWilvSDCKf

The 28-year-old tight end is in his eighth campaign and has played all 16 games in a season just once - his second year in the league. The five-time Pro Bowler has 474 career receptions for 7,179 yards and 76 touchdowns. Gronkowski's deal runs through the 2019 season - coinciding with the contract length of Patriots quarterback Tom Brady.

When asked why he would retire, Gronkowski said he was not "ready for these types of questions right now".

"I'm just going to sit down, I'm going to talk to my team-mates," he continued.

"I'm just going to reflect on the season, proud of the boys, and see what happens."