Slimani the full package for Benitez and Newcastle 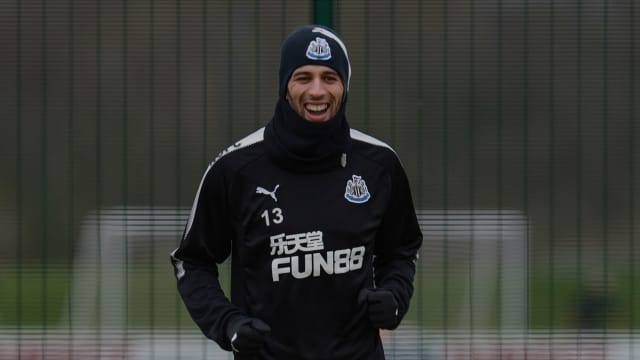 The Magpies have scored 23 goals this term, only five sides have managed fewer in the league, and saw fit to bring in Algeria international Slimani until the end of the season with a deadline-beating loan swoop.

Slimani struggled to live up to a reported £29million fee after joining Leicester in a club-record move, scoring 13 goals in a season and a half at the King Power Stadium.

However, Newcastle's top scorer this term is Joselu with four and Benitez believes Slimani will improve his side's attacking threat.

ICYMI: You can catch up with Islam Slimani's first interview as a Newcastle United player for FREE on NUFC TV.

"But then, if you cannot do that, you have to go for players who know the league and who can do well from day one.

"He's a player that they paid, I think, £30million for him. I watched him in Portugal, and he did well, but he's a player that if you have [Jamie] Vardy up front and the way he as playing, it's very difficult to play ahead of him.

"But he's a player who knows the league, he's strong, he can run behind defenders, different things that we don't have.

"We have players, one can run, one can win in the air, one can be strong, but this one, maybe can do a little bit of everything. That's another option for me."