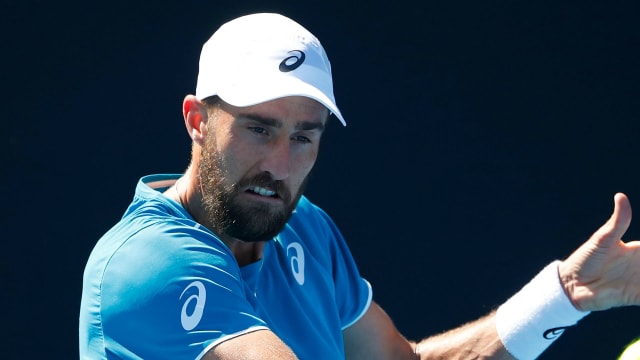 Kazakhstan and the United States coasted into the quarter-finals of the Davis Cup with 3-0 victories over Switzerland and Serbia respectively on Saturday.

Timur Khabibulin and Aleksandr Nedovyesov finished off the job for Kazakhstan, sealing a thrilling 6-4 6-4 3-6 6-7 (5-7) 6-3 win over Marc-Andrea Huesler and Luca Margaroli in Astana.

Dias Doskarayev's side were the first to reach the last eight and will take on Croatia or Canada for a place in the semi-finals.

A partisan crowd at Sportski Centar Cair were left disappointed after Johnson and Harrison prevailed 6-7 (3-7) 6-2 7-5 6-4 following singles wins for Sam Querrey and John Isner on Friday.

@ryanharrison92 & @SJohnson_89 seal USA's place in the #DavisCup quarterfinals with a 67(3) 62 75 64 victory over Nikola Milojevic and Miljan Zekic  pic.twitter.com/MUW1lmW7L2

Defending champions France took a 2-1 lead over Netherlands in Albertville, Pierre-Hugues Herbert and Nicolas Mahut getting the better of Jean-Julien Rojer and Robin Haase.