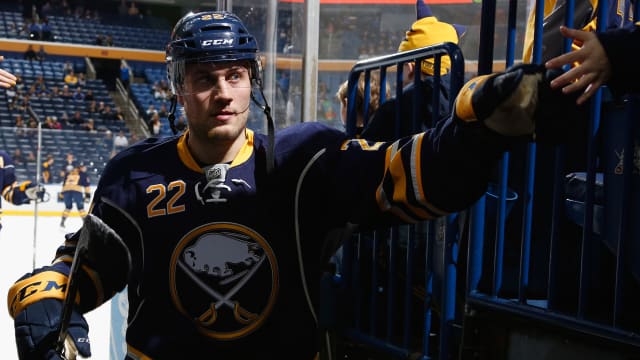 Sabres center Johan Larsson has been suspended for two games for cross-checking on Panthers center Vincent Trocheck in Buffalo's 4-2 loss to Florida on Thursday.

NHL player safety announced on Friday that Larsson will be suspended for the infraction because it was clearly cross-checking and the action occurred on a non-hockey play.

Larsson was assessed a match penalty for cross-checking when he delivered a blow to Trocheck's face after the Panthers center got into an altercation with Sabres defenseman Jake McCabe.

The Sabres center took a shot at Trocheck almost immediately after he was separated from Larsson's team-mate.

"Late in the third period of a physical game, Larsson approaches Trocheck for the sole purpose of continuing Trocheck's altercation with McCabe," the NHL player safety video said.

"He raises his stick and delivers a blow aimed at Trocheck's upper body which rides up and makes solid contact with Trocheck's face.

"Players are responsible for their stick at all times, and when a player attempts to use his stick to deliver a blow to an opponent, he cannot necessarily be excused of all responsibility when the blow lands in an unintended place."