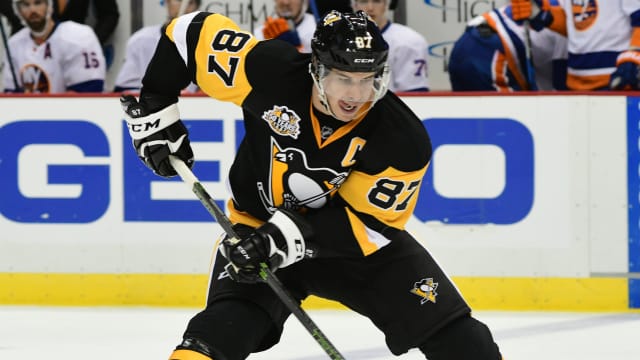 Evgeni Malkin helped the Pittsburgh Penguins to a 7-4 win over the Washington Capitals in the NHL on Friday.

As long as Sidney Crosby is playing for the Penguins, the Capitals are going to have a hard time beating Pittsburgh.

But having Malkin does not hurt, either. The Penguins took down Washington and Malkin had a lot to do with it. The 31-year-old center scored two goals and added two assists as the Penguins won their second game in three matchups with the Capitals this season.

However, as good as Malkin was, it was the way the Penguins started each period that led them to victory.

HOW PITTSBURGH STARTED HELPED THEM FINISH

Attempting to come back from deficits four times in one game is never a good plan against the Penguins. Pittsburgh did not just take leads in this game, they never gave the Capitals a chance to take a breath.

The Penguins scored goals two minutes, 21 seconds into the first period, 26 seconds into the second and 1:01 into the third. While the Capitals fought back to tie the game after being down 2-0 and 3-1, they gave up the lead a mere 4:18 seconds after tying the game, 3-3.

Not giving the Capitals a chance to breathe is Pittsburgh's typical approach in this rivalry. The Penguins scored first in five of seven games during the Eastern Conference semi-finals last season and won four of those five games. Pittsburgh know the Capitals can win if they are given hope, but the Penguins clearly never want to give them that chance to believe.

WITH CURRENT ROSTER, PENGUINS WILL ALWAYS BE CONTENDERS

While the Penguins may not be having their best season, as they are currently in third in the Metropolitan Division, they can beat any team put in front of them, especially in the playoffs.

They finished behind Washington last season and beat them in seven games in the semi-finals. The Capitals are again one of their top competitors in the Eastern Conference. But the Caps are 0-3 in Alex Ovechkin's career against the Penguins in the playoffs, and even though they may look a little slower this year and do not have the best record, the Pens have proven they own the Capitals.

The NHL's leading goalscorer was at it again Friday, finding the back of the net twice to give him 32 goals this season. While he has never won a championship, he remains one of the best and most creative goalscorers in NHL history.

He now has 590 goals in his career to put him in 20th place all-time. He is just 13 away from moving into a tie for 19th place with Jari Kurri.