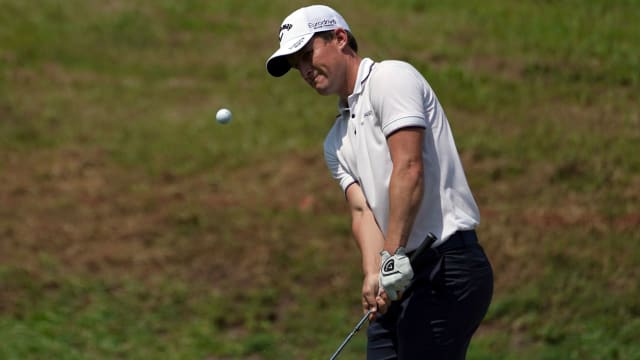 Chris Paisley continued his superb start to the year by taking a one-shot lead in a weather-affected first round of the Maybank Championship.

The Englishman won his first European Tour title at the South African Open before securing top-five finishes at the Abu Dhabi HSBC Championship and Dubai Desert Classic in a flying start to 2018.

Paisley sits top of the leaderboard after carding a blemish-free seven-under 65 on a warm, humid Thursday in Kuala Lumpur.

The upwardly mobile Paisley hit the turn in 32 after starting on the 10th tee and took his tally of birdies to the day for seven with gains at the second, third and eighth holes in energy-sapping conditions.

David Horsey is just a stroke back from his compatriot following a mixed round which included an eagle-three at the 13th and a couple of bogeys.

Mike Lorenzo-Vera shares second spot with Horsey and has two holes still to complete in his opening round after play was suspended at 3.40pm local time amid the threat of storms.

Last year's runner-up David Lipksy joins Andrew Johnston and Alexander Levy among a group of six players a further shot off the lead.

Defending champion Fabrizio Zanotti is just three adrift of Paisley following a day which ended with 40 players still to complete their first rounds.