Drummond replaces Wall in All-Star game as Simmons misses out 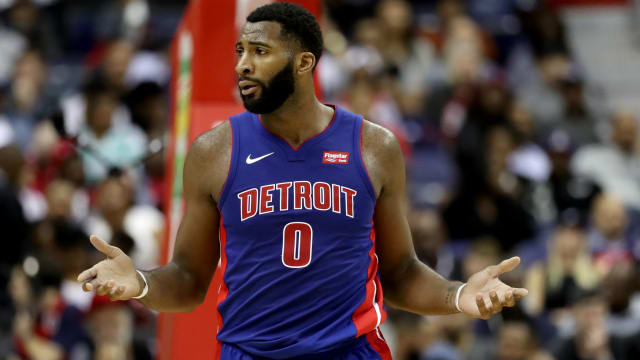 Andre Drummond held out Ben Simmons to be named as John Wall's replacement for the All-Star game in Los Angeles game next month.

Washington Wizards point guard Wall was ruled out of the February 18 clash due to a knee injury, which requires surgery.

Now Detroit Pistons center Drummond is set to take Wall's place on Team LeBron James, it was confirmed on Tuesday.

It is Drummond's second All-Star selection, having averaged 14.7 points, 15.1 rebounds and 3.8 assists per game.

"My main focus is just to win the basketball game today," Drummond said following Detroit's 125-114 win against the Cleveland Cavaliers. "Obviously, it's great news, but I can't get too excited. I still got to worry about the game first, but now that the game's over, I'm definitely excited.

"I'm more excited for my mom, because she was definitely looking forward to going to L.A., and it kind of hurt that we didn't get it [initially]. Now that we're going [it's] definitely all smiles."

Drummond beat Simmons to a spot in the All-Star game and the Philadelphia 76ers rookie appeared to react on Twitter.

Simmons, who is averaging 16.6 points, 7.3 assists and 7.9 rebounds, posted a laughing emoji in an apparent reaction to Drummond's selection.