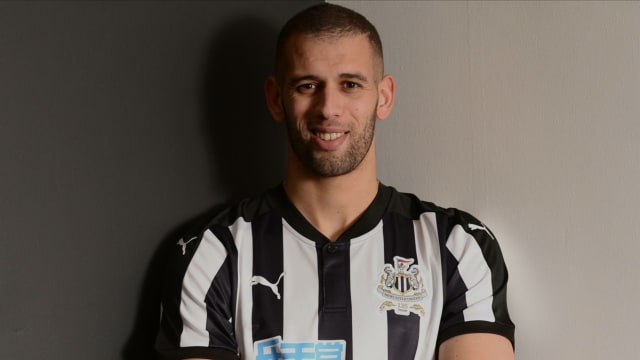 Leicester City have allowed club record signing Islam Slimani to join Newcastle United on loan to the end of the season.

The 29-year-old striker was a marquee signing in the aftermath of Leicester's triumphant Premier League season in 2015-16, the Foxes paying Sporting CP close to £28million to bring the Algeria international to King Power Stadium.

Slimani scored seven goals in 23 league appearances in his first season at Leicester but has found his opportunities increasingly limited since Claude Puel was installed as manager in October 2017.

Despite suffering from a thigh injury, Slimani attracted interest from West Ham and Monaco as well as Newcastle, but Rafael Benitez was determined to sign a striker after missing out to West Brom in the race to sign Daniel Sturridge.

"It's a great thing for me and for Newcastle. I'm happy to be here. Hopefully I can come here and be able to give them a hand," said Slimani.

"Knowing the power of the fans and crowd here and how great they are, and also speaking to the manager, it gave me the confidence that this was the right choice."

Slimani was present at St James' Park on deadline day as the Magpies drew 1-1 with Burnley.