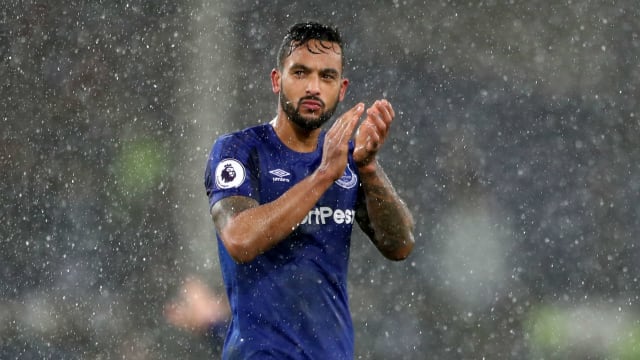 Sam Allardyce has hailed the burgeoning partnership between Theo Walcott and the returning Seamus Coleman after the duo played starring roles in Everton's 2-1 win over Leicester City at Goodison Park.

Walcott was making just his second start for the Toffees after joining from Arsenal earlier this month and hit a brace to inspire his new side to a first win in seven Premier League games.

The 28-year-old opened his account after 25 minutes with a simple tap-in and then netted his second shortly before half-time with a cool finish past Kasper Schmeichel.

Jamie Vardy set up a tense finish with a 71st-minute penalty, but there was no late leveller to take the spotlight away from Walcott.

Coleman returned to the starting XI for the first time since March after breaking his leg on international duty with the Republic of Ireland and slotted in seamlessly behind Walcott.

And Allardyce is excited about what the pair can contribute for the remainder of the season.

"A new partnership is born, Theo Walcott and Seamus Coleman down the right, that combination was really good," he told BBC Sport.

"He [Walcott] has got something to prove and this is a big transfer at this time of his career. He has started to pay us back immediately.

"It was like having a new player [Coleman], he is the example of a perfect professional and someone for every youngster at Everton to look up to.

"He has been out for months and plays like that, imagine what he will be like when he is match fit - it's scary."