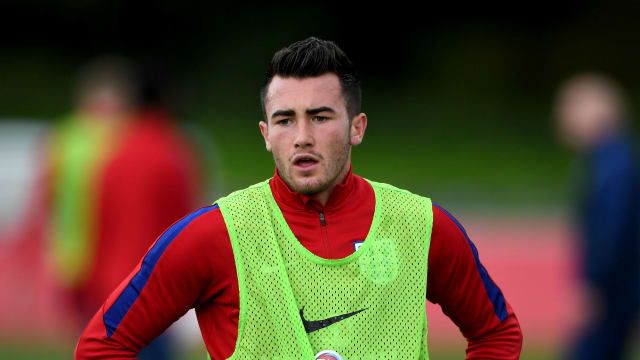 Manchester City have signed Jack Harrison from partner club New York City and sent him on loan to Middlesbrough.

The 21-year-old had reportedly been courted by Stoke City, but he has signed a three-and-a-half-year contract with the Premier League leaders and will now spend the rest of the season in the Championship.

The England youth international, who first moved to the United States at the age of 14, is excited at the prospect of returning to his homeland.

"I can't wait to get started over here," he told Man City's official website.

"I've really enjoyed my time with New York City and I'd like to thank [New York coach] Patrick Vieira and his coaching staff for helping me to develop as a player.

We are delighted to announce the signing of @Harrison_Jack11 from @NYCFC .

He now joins @Boro on loan until the end of the season.

"I feel I've really improved working under him and playing regularly in the MLS, but now I'm looking forward to testing myself in England.

"Middlesbrough are a good club, with Premier League experience and they're in the mix for a return via the play-offs this season.

"Hopefully I can help them achieve that."

Harrison scored 14 goals in 59 games in his two seasons in New York and was called up to England's Under-21 squad in October, making his debut against Scotland at Boro's Riverside Stadium.

He is due to watch Middlesbrough's Championship clash with Sheffield Wednesday at the Riverside on Tuesday.