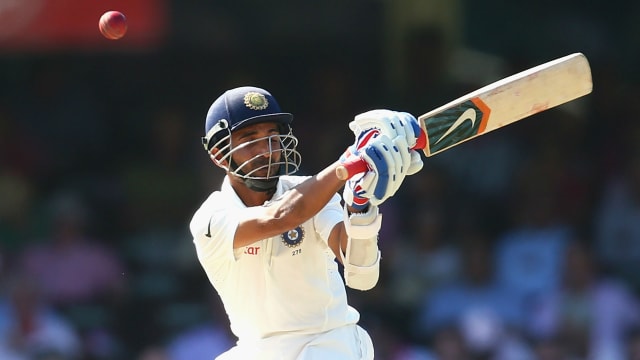 India batsman Ajinkya Rahane dismissed talk of the Wanderers pitch being dangerous after day three of the final Test was cut short due to safety concerns when South Africa opener Dean Elgar was struck on the helmet.

An increasingly treacherous surface has caused all sorts of problems for batsmen from both sides with the quicks lining up to take advantage of variable bounce, swing and sharp movement off the seam over the first few days.

Umpires Ian Gould and Aleem Dar met on more than one occasion and held dialogue with batsmen as the track continued to misbehave on Friday.

The players were taken off late in the day after a rapid Jasprit Bumrah bouncer rattled into Elgar's grille, the opener able to walk off unhurt after the umpires called stumps following a chat with match referee Andy Pycroft.

India were on top as they battle to avoid a series whitewash, Rahane top scoring with 48 in their second innings of 247 before the Proteas were reduced to 17-1 - needing another 224 to win.

An announcement will be made on Saturday morning over whether the Test will continue and Rahane sees no reason for an abandonment.

That's it from Day 3 of the Test at Wanderers. A decision on the play ahead will be taken by the match referee and umpires #SAvINDpic.twitter.com/19KiAXz02f

He said: "It was challenging. The wicket was similar for both teams. It was completely the same for everyone. Our approach is that we want to play and we want to win this Test match.

"That ball [which struck Elgar] was back of a length, a hard length. It kicked off slightly more bounce than usual. The bounce on this wicket is completely natural, not dangerous, it is completely similar for both teams.

"The umpires were checking on me because I got hit on the elbow and glove, they were telling me if you want to call your physio you can and take your time, don't be in a hurry. When you are batting with the new ball it is challenging but you cannot call it a dangerous wicket."

India team manager Sunil Subramaniam feels conditions were no worse on Friday than on days one and two.

"The match referee called me at tea time in case the wicket got dangerous, in which case both the captains would be consulted. We had the view that the wicket has been the same for all three days," he said.

"Today we had the highest strike rates and the least wickets. We would like to continue playing. The match referee was fearful that in case the new ball was going to be taken, it might be behave dangerously.

"The ball that hit Dean Elgar on his helmet was the reason play was called off today. We are willing to play. Umpires are the final judges on the fitness of the ground, regardless of the views of either of the captains.

"Tomorrow before the start of play we will be told. In between they will discuss - the match officials and the umpires."