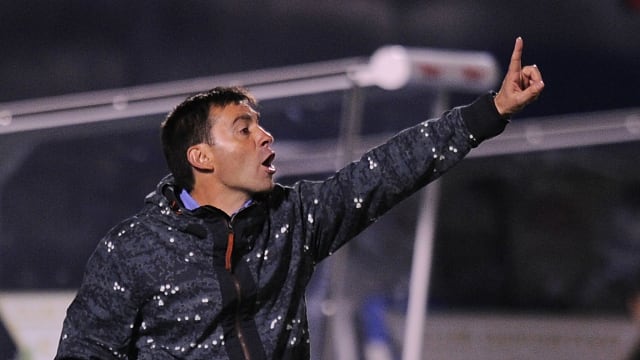 It was a landmark night for Leganes at the Santiago Bernabeu, where the unheralded visitors emerged 2-1 victors in the second leg of the Copa quarter-final tie on Wednesday and 2-2 on aggregate via away goals.

Leganes became the first team in Copa history to knock out Spanish and European champions Madrid at the Bernabeu after losing at home in the first leg as Garitano's men reached the semi-finals for the first time.

However, Garitano was quick to point out Leganes' promotion to Segunda from the third division in 2014.

"I don't think it's our biggest achievement, as going from the Segunda B to Segunda was more important," he said.

"We thought about what players they would play, given how they lined up in the league and the cup, but playing in the Bernabeu against Real Madrid is very difficult.

"In the last few minutes we defended as best we could. When you play against Real Madrid at the Bernabeu, you can't go through to the next round until the referee blows the final whistle.

"We knew it wouldn't be easy, but we believed throughout and we've done it."

Gabriel Pires added via beIN SPORTS: "I don't know what to say. It's a sensation and and emotion that's huge. From the outside nobody believed that this was possible. The truth is that the team believed that we could do it."